There seems to be a lot of misconception about the style and shape of hoops and various apparatuses used to create specific shapes for skirts throughout the Victorian era. Since I too was confused at one point, I began to research the topic and find out as much as I could about it. Below is a collection of diagrams and drawings from the period that might help those who are interested in achieving the correct look.

The origin of the French word Crinoline means horsehair and linen petticoat – ‘Crin’ being the word for horsehair. Crinoline became the name for any petticoat in the 19th Century.

Crinolines in the 1840’s were thick and dome shaped. As the decade progressed they became stiffer and crisper. Flounced skirts came in, and the number of crinolines increased. Some were reinforced with cording, some with whalebone, until eventually they were not enough. This resulted in the invention of the cage petticoat 1856.
Back to the Historical Research page 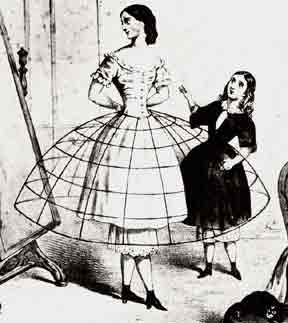 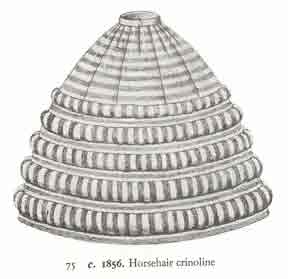 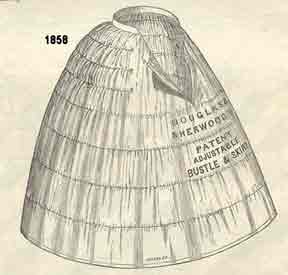 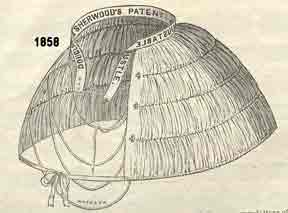 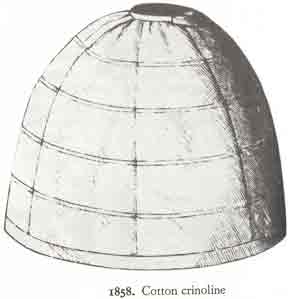 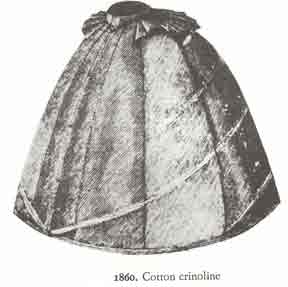 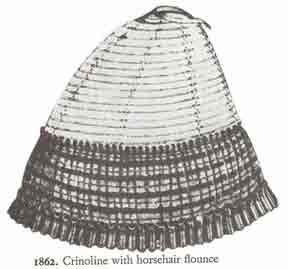 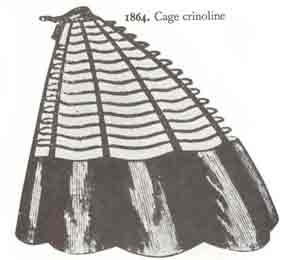 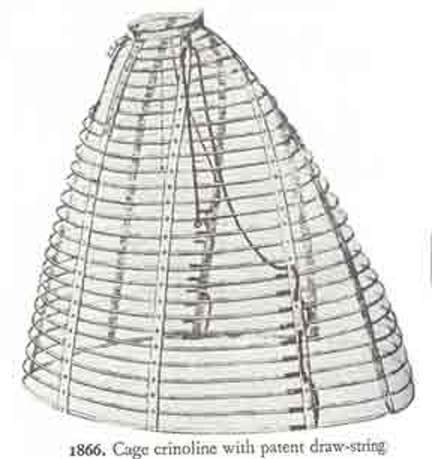 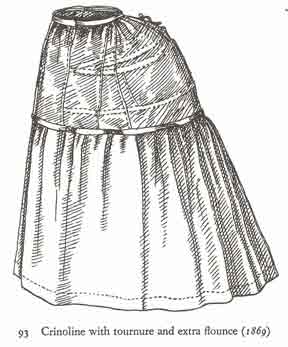 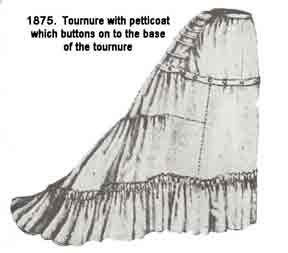 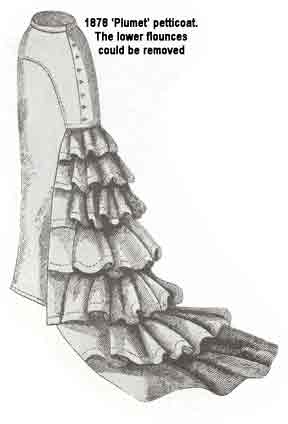 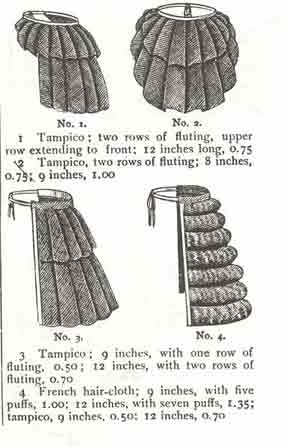 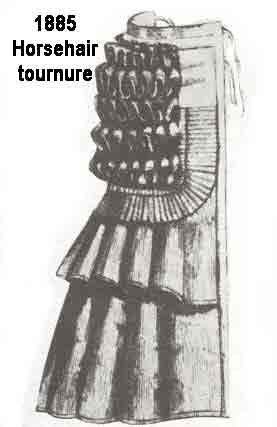 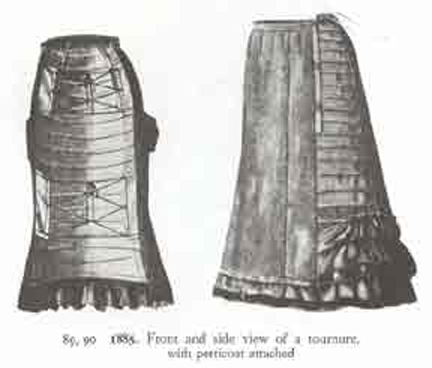 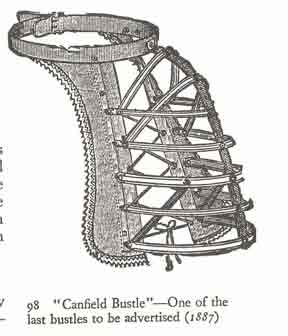